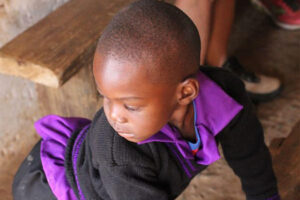 As a parent of children with AD/HD, I found comfort in researching what the diagnosis really meant for our family.  I felt validated as I read the classic symptoms described by my children’s doctor and on informational websites.  Yes!  My children struggle with these things, and there is a name for it!  It gave me a direction to go and hope that I could help my kids more effectively.

You are familiar with the Classics, right?:

Impulsivity—act without thinking, talks excessively, blurts out answers, has a hard time waiting their turn, often interrupts or intrudes on others

Hyperactivity—restless, constantly in motion, fidgets, leaves the room/moves around when it isn’t appropriate, runs or climbs on inappropriate things

But I could shake the feeling that the traditional, diagnosable symptoms didn’t quite cover everything that I saw with my children.  As a nurse at New Haven Residential Treatment Center, I had the opportunity every day to observe students with AD/HD.  I began to recognize similar coping styles and behaviors between the girls at work and my kids at home.

It wasn’t until I read a book that was recommended to me by a good friend of mine at New Haven, Laurie Laird, that my eyes truly began to be opened.  If I thought I had felt validated before, then there was not a word for the understanding that I felt now.  The book was called “Teaching Teens with ADD, ADHD and Executive Function Deficits:  A Quick Reference Guide for Teachers and Parents” by Chris A. Zeigler Dendy.

I learned that, just as all people with AD/HD have similar symptoms, those symptoms manifest themselves in similar behaviors and coping styles.  These are not “diagnosable” traits, but in my experience they generally apply to anyone who struggles with AD/HD.  And as AD/HD can  vary in severity, so can these behaviors.

In addition to standard Executive Functioning problems like organization and timeliness, they demonstrate an inability to understand cause and effect, which affects them academically, socially and within a family.

Nearly all of the students I work with that have ADHD either have a hard time falling asleep at night, or can sleep for long hours and never seem to feel rested.

Does not Learn Easily from Rewards/Consequences

Oh, how many times I’ve heard from other parents that “I’ve told my child a hundred times” and they still:  won’t listen, won’t stop the behavior, act like they’ve never heard it before, continue to make the same mistake, etc.  We live with people who need continual and consistent repetition.  We have to remember that it will take them longer to learn something than someone without AD/HD.

Our children are the tantrum throwers, the “I give up”-ers, the door slammers, the yellers, the ones that retreat to their rooms, hide, or run away.  They are impatient by nature and many of them have a hard time adjusting when they think that something is going to be one way, but it ends up being another way.  They expect us to read their minds and are upset when what they thought would happen, doesn’t.

*Re-read the above paragraph and then think to yourself, “If I was upset and had a hard time expressing it, I wonder how I would act.”  I remember one moment, as I was spending time teaching some parents of an AD/HD girl, when the “light” went on for her father.  He said, “So when she slams the door after I’ve told her over and over not to do it, it isn’t because she is trying to be defiant?”  The answer was no.  She simply did not have the skills she needed to express what she was feeling verbally, so she expressed it physically instead.

I don’t like saying that my AD/HD kids are selfish, but they are definitely self-focused (which is a bit different).  They will naturally look to what they need or want first.  They will expect things to be “fair” for everyone else, but then will ask for an exception for themselves.  Ironically, most of the AD/HD kids I have worked with are prone to sticking up for the underdog when they see an injustice.  They are naturally sensitive and loving, they just need to be taught how to be aware of the people around them.

In short, it is normal for people with AD/HD to act younger than people their same age.

You’ve heard it.  It’s the phrases like, “No one ever listens to me”, “That always happens”, “Everyone was mad at me”, “I never get to do it”, etc.   Easily Frustrated + Poor Awareness of Time = Generalizing their experiences.

Well, wouldn’t you be if you were always getting in trouble, often for something that you didn’t mean to do?  If you were always late, always losing things, always forgetting; if you said the wrong thing at the wrong time, were too loud, spoke out of turn, or broke something on accident (again)?

As parents and educators of people with AD/HD, we have to understand what it is like for these children and teens to live with these struggles and then tailor our interactions with them so that they feel supported and challenged at the same time.