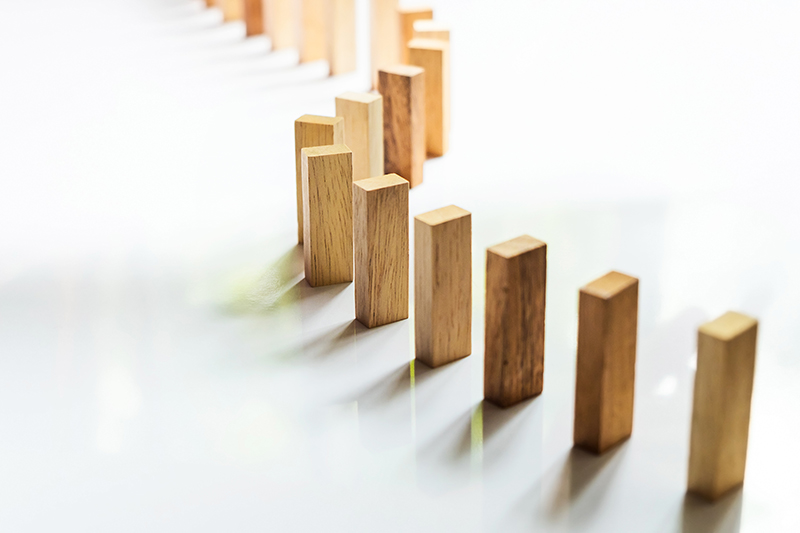 Obsessive-Compulsive Disorder is characterized as Obsessions (persistent, frequent, unwanted and irrational thought), mixed with Compulsions (repetitive behaviors). The two work to perpetuate each other, and in turn perpetuate the Anxiety Disorder.  For example, if a person had developed a fear that a loved one may be harmed in the future by illness, their mind may stumble upon the idea that if they avoid all germs then this horrible fear will not come to pass. Over time, the Obsession to protect their loved one could lead to the irrational Compulsion to eliminate germs from all contact by repetitively washing their hands.

Another example could be that a person feels anxious and overwhelmed at the idea of clutter in their home. They become obsessed with having everything look “just right”, and then feel a compulsion (or increased anxiety) to clean until the anxiety decreases.

At New Haven, we have learned that effective treatment of Anxiety Disorders like OCD requires 3 main things

A Supportive and Loving Environment

Therapy that challenges the OCD behavior

A Supportive and Loving Environment

Anxiety essentially traumatizes a person over and over again. Their fear builds until they feel forced to create protections around themselves through OCD behaviors, avoidance, unhealthy relationships or perfectionistic tendencies. Because of their high level of anxiety, they have to feel that the people around them care about them.  They have to know that the environment is structured and predictable. They need to be assured that when their fear arises; people and tools will be in place to help them face the anxiety.

Think of a Compulsion as a “relief button”. When an Obsession arises, the anxiety increases until the person cannot handle it anymore and needs to find relief.  They get this relief through completing their Compulsion. Now consider how they will feel if we ask them to not push the “relief button” or worse throw it away?  Their anxiety will go sky-high. The tricky part is that they have to realize somehow that they will be ok without their OCD. Even though it feels like the world is going to end, it won’t.

This kind of challenging needs to be done a little bit at a time and then discussed and evaluated each time to help the individual see that, though it was uncomfortable, they survived the anxiety of trying something new.

Antidepressants are traditionally used to help treat OCD. Serotonin-based medications like Zoloft, Luvox or Lexapro are usually tried first. However, an “old school” medication like Anafranil (Clomipramine), which is a tricyclic antidepressant, has been shown to be very effective for obsessive thoughts.

Other medications can be used “off-label” to the anxiety associated with OCD. We have seen a lot of success with blood-pressure medications like Clonidine, Propranolol or Atenolol. These medications do not work to decrease the actual anxiety but serve to help the person work through the physical feelings associated with the anxiety that they are feeling:  rapid heart rate, hyperventilation, the feeling that they need to pace. Sometimes the physical effects of anxiety actually make it worse, and by taking one piece of the sensation away, the ability to face the fear seems less overwhelming.