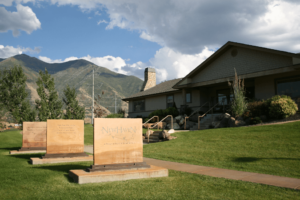 During its first year, New Haven emerged through countless hours of thought, planning, and collaboration on the part of the four Founders
(Mark & Kathy McGregor, Craig & Diane LaMont) and four additional Directors who joined the team early on. None of us will ever
forget the experiences we shared as New Haven’s program was born, grew through much hard work and planning, and ultimately realized
its place as the highest quality treatment program for girls in the residential treatment industry.
The original Founders of New Haven decided early on to name their new venture, “New Haven”. This proved to be the perfect encapsulation
of our philosophy of treatment, our company culture, and our future reputation.
No one in the residential treatment industry was doing treatment for girl-specific programs; some were using treatment models designed
for boys, but with girls. Mark and Craig suggested adapting treatment to girls’ specific needs. In addition, no one was focusing on values,
family systems theory, self-esteem, love, and an internal locus of control as a package. This became part of New Haven’s niche.
We started doing Family Weekends almost as soon as we opened. Family Weekends soon became another New Haven niche. We had only
one building, so we did recreational therapy activities in the garage in the wintertime, and we traveled 8 miles into Springville to use a
ropes course on some property that Karl (RT) was renting. We were ecstatic when we finally had enough money to construct the large
ropes course that now stands on the South campus, which was updated and added upon again in 2007. The Lifeline has become one of
the favorite events and is one of the most impactful activities during Family Weekends.
New Haven’s Founders always believed that the way they treated the girls and the employees was more important than making money. As
Directors, we found out years later that the Founders’ families went without much in the way of material goods on the Christmas morning
in 1996 because they had spent the money on their employees and the students. We have tried to maintain this founding spirit of sacrifice
and focus on the needs of our students and employees as we continue to grow.
In 1997, we grew from 11 students to 14 students and remodeled the original house. Everyone was worried that we were getting “too big”!
When we built the Roosevelt house and added six more acres and 16 more students in 2000, some were even more worried that New Haven
would lose its “family” feeling. We made a crucial decision to separate each house’s residential staff, and operate each house independently
from the others. This proved to be an excellent clinical model which maintains the tight-knit feeling at each house, both among
staff and students, no matter our size.
In 2001 we still had a long waiting list. To provide more families with the help they desperately needed, we wanted to expand but were not
allowed to add buildings to the existing property. So, we purchased a beautiful white home with expansive picture windows on 10 acres of
land in Saratoga Springs, 30 miles from her original campus. This acquisition allowed us to serve 18 more families, for a total of 50 students.
In 2001, Laurie Laird was hired as our new Education Director. She immediately set to work improving the school. She changed the
school curriculum from packet-work into a classroom-style experience, which was the single most impacting thing she could have done.
In 2002, when we discovered that we weren’t effective with students with learning disabilities, she dramatically changed our entire program
to address those students’ needs. We are now known as an excellent program for kids with learning disabilities.
In January, 2001, Mark was diagnosed with colon cancer, which devastated him, his family, and his New Haven family. As a result of this
unexpected event, Mark stepped down as Clinical Director and John Stewart was hired to replace him. Mark passed away from his battle
with cancer on July 24, 2005.
In March 2006, New Haven began construction on another house at its South campus on additional land we had acquired which bordered
the Roosevelt house. It opened its doors to students in November, 2006, and as the capstone to our family weekend that month, we dedicated
it as the Mother Teresa house. We renamed the three other houses as follows: the original house (West) we now call Sacajawea; the
first expansion (East) we call Eleanor Roosevelt; and the North house we call Rosa Parks.
As one of the original founders, I will always feel that it was a complete honor and privilege to sit for countless hours with such great people
nearly 20 years ago as we utilized, not only are minds, but more importantly our hearts, to create the most intricate and impacting
aspects of New Haven’s program. For me, it will be a legacy to so many good people who came to see the potential and full measure of
their creative and collaborative efforts to fruition. There were great forces at work beyond our own; and we were collectively inspired beyond
our mere individual abilities. There has always been a greater underlying influence that has steered New Haven forward to greater
heights and miraculous outcomes for, not only anyone who has worked at New Haven, but more importantly for the amazing students and
families that we have had the privilege to serve. It was an honor to be part of this miraculous and enduring creation. Congratulations, New
Haven and everyone involved, on reaching this monumental milestone of 20 years. It is a tribute to so many talented and dedicated people
who have established a tradition through the years of working tirelessly and serving with their hearts.
—–Authored by Dustin Tibbitts and Kathy McGregor