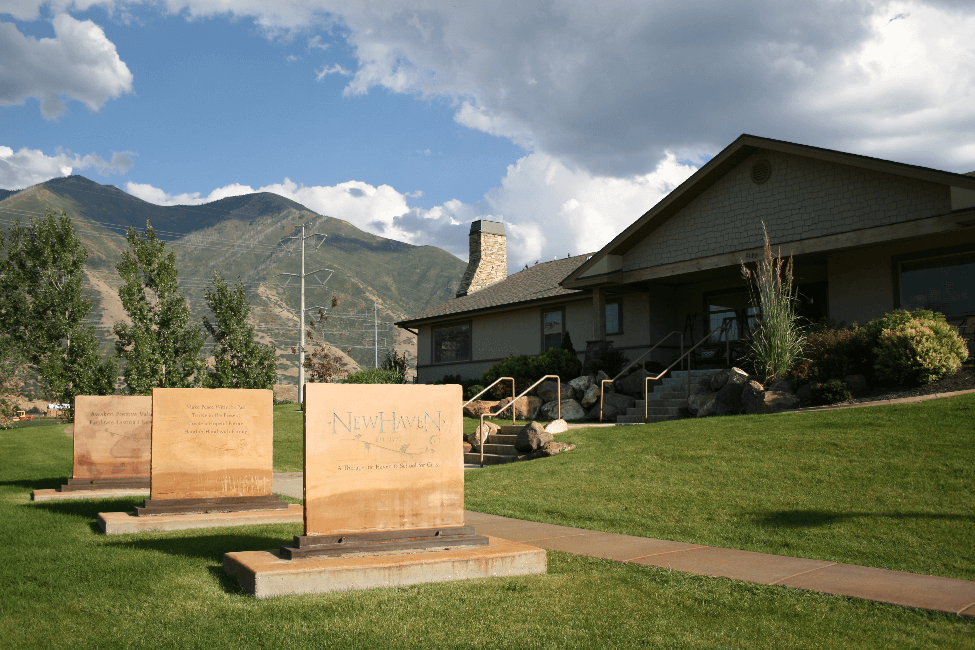 One snowy, blustery day in February of 2000, I had the privilege of touring the Spanish Fork campus with Mark McGregor, one of the original owners of New Haven RTC.  As I listened to Mark, his passion and commitment to the well-being and healing of adolescent females and their families was evident.  I caught his vision and was impressed with the program, but unfortunately a job was not available at that time.  Several months later, however, I interviewed and was hired as the Education Director at New Haven.
The Roosevelt house had just opened when I joined New Haven.  Our school at that time was a modular home used for education as well as a home for girls waiting to move into the newly built Roosevelt house.  The school was in the garage of the modular home.  All the students stayed in the large room for four hours a day, rotating between three mornings and two evenings in the week.  Coming from the public school system, I was use to teaching over 200 students a day, but managing those 30 students in a four hour period doing packet work was much harder than expected.  The teachers were doing more babysitting than teaching, and I expertly manned the copy-machine.
Even though the school was a little rough around the edges, the rest of the program was thriving.  The philosophy and programming of New Haven was instilled and carried out by the original owners (McGregors and Lamonts) and others such as Dustin Tibbitts, Karl Jensen, Scott Davis, and Kacy Kilpatrick.  The values program, experiential learning, animals, family-systems theory, and internal locus of control have all been hallmarks of the program from the beginning.
Jump ahead 15 years later.  Not only have New Haven’s foundations grown and thrived, but we have continued to earn our reputation as one of the best all-female treatment centers nationally.  Our population has increased to 90 students and 230 employees.  Those employees spend more time receiving training than ever before to become the best mentors for our young girls.  Thankfully, our school has now changed and evolved as well.  We have licensed and certified educators who focus on effective in-class instruction to create students who are prepared for college.
New Haven has always been a place of healing and learning.  Over the years we have made cosmetic changes and expanded our program to help more and more families, but the foundations have always remained the same.  Love and healing for young girls and their families have been and will always be the priorities at New Haven.
Laurie Laird, Edcuation Director
with help from Alicia Walters, English Teacher