Home › What to do When Your Teen Has Suicidal Ideations

What to do When Your Teen Has Suicidal Ideations

Vigilant, educated parents, teachers, and friends can do much to mitigate the risk of adolescent suicide by knowing the signs and by proactively engaging both the suicidal teen and the proper outside resources. It is important to remember and to remind the suicidal teen, that the causes of suicidal ideations usually stem from diagnosable issues that can be effectively treated, either through therapy, medication, or both. The use of crisis interventions such as hospitalizations, in-patient treatment programs, and suicide hotlines can keep suicidal ideation from becoming a suicide attempt, opening the door to long-term treatment and healing. Unfortunately, youth suicide rates remain quite high, but they have begun to drop in recent years, possibly due to increased education regarding intervention and prevention. If your teen has considered, planned, or attempted suicide, it is critical to arm yourself with knowledge, surround yourself with resources, and take decisive and loving action. 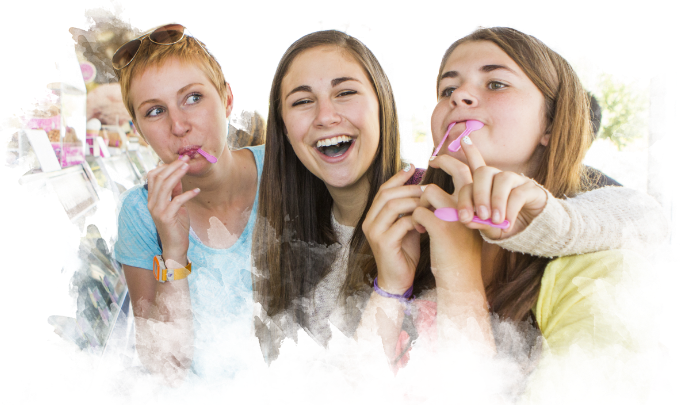 It is important to remember and to remind the suicidal teen, that the causes of suicidal ideations usually stem from diagnosable issues that can be effectively treated, either through therapy, medication, or both.

I realize that your faith in me and constant patience is the very thing that has gotten me here. This year alone I have lost four friends to substance-related suicide. I look at all this and realize that I narrowly escaped this same fate.
THANK YOU

Many variables can predispose a young person to consider suicide. These variables include a family history of suicide and/or mental illness, impulsivity, exposure to peer groups or media that glorify suicide, a violent home environment (sexually, verbally, or physically), substance abuse, or one or more diagnosable emotional disorders. Juvenile bipolar disorder, as with adult bipolar disorder, has a particularly high correlation to suicide, with as many as half of all bipolar sufferers attempting suicide at least once during their lifetime and 20% of all bipolar sufferers dying by suicide.

While girls are more likely to plan or attempt suicide than boys, boys are four times more likely to die from suicide than girls. This may have to do partly with the methods typically employed according to gender, methods it can be helpful to know about for the purposes of prevention. Boys typically seek a fast and more lethal method of suicide, such as the use of a firearm. As a result, guns kept in the home present another risk factor, especially for male suicides. Girls, on the other hand, are more likely to use cutting or overdosing in their suicide attempt. Potentially lethal and accessible prescription medications in the home, therefore, can also be a risk factor for suicide.

Since bipolar disorder has such a high correlation to suicidal behavior in youth, proper diagnosis is critical for assessing risk and mitigating danger. If your child has been diagnosed with ADHD, ADHD and depression, borderline personality disorder, PTSD, or substance abuse, these diagnoses are frequently mistakenly assigned to young people who actually suffer from bipolar disorder. When one of these diagnoses has been made, parents should familiarize themselves with the symptoms of juvenile bipolar disorder and seek a reassessment if they suspect bipolar disorder may be present.

Particularly for young people with one or more of the risk factors listed above, the following signs may indicate suicide risk.

As mentioned above, maintaining a trusting, supportive relationship with your child has great value for assessing risk, preventing suicidal behaviors, and providing the right resources at the right time. Taking suicidal thoughts and feelings seriously is critical; it’s easy to gloss over suicidal references, threats, and other warning signs. If you suspect your child is struggling with suicidal ideations:

1. Take immediate measures to secure any items that might create more risk, such as medications, knives and firearms.

2. Be curious, communicate freely and openly, ask questions without badgering, offer support, and express your love.

3. Let your child know that she is valued and cared for, and that her pain might feel inescapable, but that it is not.

Things will get better and there is hope. It is difficult for the suicidal person to believe that there is any escape from what they are feeling right now.

Seek the help of a medical and/or mental health professional to diagnose and treat the underlying issues driving your child’s thoughts of suicide. Treatment might include medication, therapy, and/or residential care. Family therapy can often be helpful because it can uncover root causes of depression and despair that the whole family must work on together in order for healing to occur. If family therapy is recommended, participate. Meanwhile, do your own homework to learn as much as you can about the causes, prevention, and treatment of suicidal impulses. Joining a parent support group can help you develop your own resources and instincts for the detection of suicidal tendencies and for suicide prevention. Educate your child about resources such as suicide hotlines and make yourself available as well.

If you suspect that your teen is at immediate risk of a suicide attempt, do not leave her. If she has thought out or made a specific plan to kill herself, or otherwise articulates or shows intent, take her immediately to the nearest emergency room or psychiatric hospital or call 911. Remember that even deeply suicidal individuals are typically ambivalent about dying. You can help. A brief hospitalization can create the immediate safety required to make it through an intensive bout of suicidal ideations. Upon discharge, however, further treatment should be sought so that root causes-whether biological or psychological or both-can be addressed for long term safety and healing.

She said she’d come out of the darkness; she was “back”. I have thought that must have been something like a butterfly emerging from a winter in a cocoon. . . .