Home › Why Do Girls Cut Themselves

Why Do Girls Cut Themselves

Self-harm includes any behavior designed to provide relief from emotional pain through self-inflicted physical pain. Many individuals with self-harm issues have experienced some form of past trauma resulting in ongoing emotional distress. Instead of expressing this pain in productive ways – for instance by talking about it – many individuals repress it and don’t experience it openly. Repressing intense emotions for extended periods of time causes emotional numbness. In the past, they may have needed to temporarily repress their emotions in order to cope with the trauma, but this coping strategy can have a long-term cost. After conditioning themselves not to feel, it can become difficult to reawaken their emotions. They have difficulty feeling anything. So, to feel, they cut. One reason teens may turn to physical pain as a coping strategy is that they are terrified of emotional pain; as a result they seek out physical pain instead of engaging their emotions so that they can feel something, but something much less threatening than emotional pain.

Others who self-harm do not repress their emotions. Instead, they experience the full intensity of painful emotions but have difficulty managing them. They may self-harm in order to redirect their attention to a more manageable, controllable type of pain. This redirection allows them to temporarily disconnect from the emotional pain and achieve a sense of relief and mastery.

Biologically speaking, cutting the skin releases “feel good” chemicals, such as endorphins. These chemicals give the cutter a sense of relief. They feel better for a time, but this chemical release wears off. Often people that self-harm need to cut deeper and cut more frequently to experience the same emotional relief. As a result, self-harm can become an addiction.

Usually self-harm is not suicidal behavior. Many who engage in self-harm do not want to kill themselves; they just want relief from their pain. Sometimes the reasons behind self-harm can cause an individual to spiral into depression, which may develop into suicidal ideation. In some instances, a careless act of self-harm can appear to be a suicidal attempt. For some, dissociation is a part of the cutting process; in such cases the individual may not realize the extent of the harm that they are inflicting until afterwards.

Charlotte sat in my office with her eyes downcast. Earlier, her friends had run to my office in terror. They had noticed fresh wounds on her arms and they were afraid Charlotte was trying to kill herself. Without looking up, Charlotte told me that it was not that “big of a deal;” she seemed embarrassed by her friends’ concern. She said she had a habit of cutting her wrists with razors. She indicated that she was not trying to kill herself; it was just a way for her to deal with the problems in her life. When she had a bad day at school, she got emotional relief from cutting. When she had a disagreement with her foster parents, she would cut. When the boy she liked ignored her, she cut. Since she felt numb much of the time, cutting helped her feel alive and the fresh blood gave her a feeling of relief. Charlotte was only 14 years old but had been cutting for four years. Cutting was part of her daily routine and, she told me, it gave her great comfort. 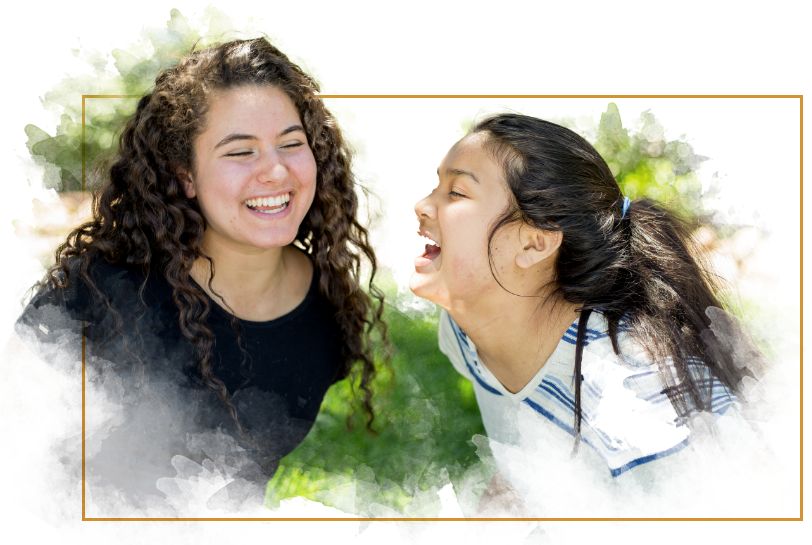 Charlotte’s cutting behavior falls into a category called “self-harm” by helping professionals. Self-harm in many of its forms has increased in popularity in the last decade. Famous individuals, such as Princess Diana, Angelina Jolie and others have publically shared their personal struggles with self-harm. Many people with self-harm tendencies have difficulty verbalizing or otherwise expressing emotional pain. Self-harm is a complicated and destructive coping strategy that affects many individuals from pre-adolescence through adulthood.

There are many methods of self-harm. The most common form of self-harm is cutting. Individuals use razors, knives and other sharp objects to scratch or cut their skin. Much cutting is done on the arms, especially because it is an easily accessible location. Many of these individual hide the resulting scars with long shirts and bracelets. Other cutters seek attention from cutting and therefore don’t hide their scars, but openly show their wounds or scars.

Charlotte did not always hide her scars. Early on, she wanted to be “different” and have people notice her. She thought her scars were a badge of honor and set her apart from her peers. As I got to know Charlotte, I understood that she really wanted to stop cutting, and that showing her scars was also a cry for help.

Cutters sometimes cut in secret. The more hidden the scars are, the more severe the problem of self-harm tends to be. Individuals with self-harm issues also cut their breast, thighs, back, hips, and legs. The cutting can be random or very ordered and sequenced. There can be large cuts, or small marks grouped together (i.e., “cheese-grater” cuts).

One severe cutter I worked with described a precise system for her cutting. She would cut herself four times, two inches apart between cuts. Cutting for her was a ritual that was reinforced by her struggle with obsessive compulsive disorder.

Another prevalent form of self-harm is branding or burning. Individuals burn their skin with a hot object such as an iron, the stove, and/or matches. Rubbing an eraser against the skin can also cause a friction burn. This form of self-harm is often seen in the adolescent population

When a cutter does not have a sharp object they may use a fingernail. Other forms of self-harm include picking at the skin, pulling hair, hitting and bruising oneself, and receiving multiple tattoos and/or piercings in an effort to inflict pain.

Many individuals that struggle with self-harm have experienced some sort of trauma in their past. This could include childhood sexual, emotional or physical abuse, real or perceived abandonment or neglect by a caregiver, death or divorce. Bullying and peer rejection can also contribute to an individual’s trauma. Some individuals do not appear to have experienced any trauma, but have weak coping skills, a mental disorder, and/or are less resilient in dealing with problems.

As mentioned above, self-harm is a coping strategy to deal with emotional pain. Individuals that self-harm dissociate from the emotional pain by feeling physical pain. Many individuals self-harm because they want relief either from intense emotions or numbness and don’t have the skills or willingness to talk about their pain. Others who self-harm feel that when they self-harm, they have a sense of control over their emotions. Some believe they deserve to be punished for past issues; others use self-harm to re-enact abuse. One girl told me that she self-harmed because she believed she was a “bad” person and that she had “poison” inside of her. She felt like she needed to release the poison by cutting herself. She had experienced sexual trauma.

Individuals Who Are at Higher Risk for Self-harm

Although it is difficult to say what makes one person self-harm and another not, there tend to be individuals who are at higher risk for developing self-harm behaviors.
These include:

Please know that you have made a difference in my life, and you have made me (the girl who couldn’t feel loved) believe there’s nobody more important than me. I used to wonder why you cared so much, but now I am just thankful.

The best treatment for self-harm behaviors is helping the individual express and talk about their pain.

The best treatment for self-harm behaviors is helping the individual express and talk about their pain. As they talk about their pain, they are able to gain perspective and understanding of it. Some individuals have difficulty expressing themselves verbally. These people can release their pain through writing, drawing, painting, and other forms of expression. The important thing is for them to release their pain in a healthy way.

Since self-harm behavior can be similar to an addiction, many individuals have intense urges to return to self-harm even as they try to recover. Teaching and helping individuals deal with these urges will be important in their treatment. It can be helpful to offer alternatives to the self-harming behavior such as using a stress ball, exercising, talking, finding a distraction, and seeking out the company of positive peers or adults.

Charlotte came to my office a few times a week for a year. Over time we developed trust and Charlotte began to share. She talked about her biological mother abandoning her, about the physical abuse she endured, about a family friend molesting her, and about the pain of being placed in foster care. She talked about the hurt these experiences had caused her. She cried and let out her pain. She shared her urges to cut herself and we set up strategies to help her. We talked about things she could do to soothe herself. She learned she loved running, writing poems, and being with friends. Her self-harm behavior lessened. She was able to handle life’s stresses in more productive ways. She said being open and honest with herself, and sharing her pain with a trusted adult, helped her the most. Although she is still scarred by her past trauma, she has been able to move forward in more healthy ways.

Self-harm is an unhealthy coping strategy that some individuals use when dealing with emotional pain. Its causes can include past trauma and pain, difficulty expressing oneself, and a lack of healthy coping strategies. There are many types of self-harm, although cutting is the most common. Being an adolescent female with a mental disorder puts one at a much higher risk for self-harm. Treatment includes teaching and encouraging the young person to engage forms of healthy self-expression. This work can take time and is most effective in the context of a safe, trusting therapeutic relationship. Although self-harm is difficult to overcome, it is possible with effective treatment. With proper treatment, many of these individuals live the rest of their lives free of self-harm.